OK! A new year is always a good time to take a snapshot of where the market is. There's a lot of complicating factors in January. There's less inventory, and many of the homes still on this time year have bad stats, but still, it's where we start.

In Brief, this report shows where the most demand vs. supply is. It is not my personal ranking of where you should live, but it should give you insight in to how hard it might be to find a house in your favorite community. In the towns at the top, homes are selling faster, often outpacing inventory, and buyers are finding themselves in competitive situations more often. At the bottom, sellers are struggling to find buyers, and towns often have very high market times. For More information on Hot Seller Index Town Methodology, check here:

See All the Rankings! 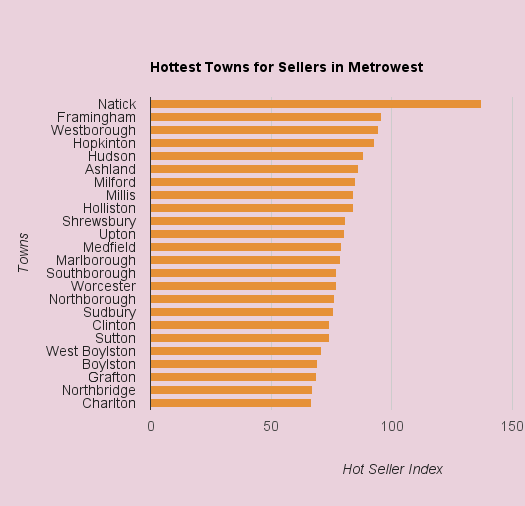 Here are some things that stood out to me.