If the Fed is buying Treasuries to keep rates Low, why are Rates going up?

I think that current homeowners will be asking themselves this question a lot in the coming days, especially for those that didn't take my advice in my last newsletter to stop being picky and refinance.  But I thought I'd offer a layman's explanation here, as I suspect a number of the business articles will be written for CFO types.

Let's start with some myth clarifying. 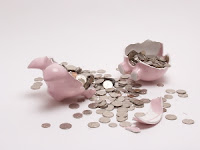 How Interest Rates May Change going into 2011

OK.  So much for the myths.  So what's going on?  Well, basically, what was happening was the FED was buying Treasuries (in addition to setting low rates), AND the economic news was lukewarm at best.  The economic outlook encouraged the Treasury Traders to buy bonds, and the combination of those two actions produced the SUPER LOW rates of the last couple of months.  But what happened is the economic news got better, at least as far as the "Treasury Traders" were concerned, so they SOLD treasuries, and that has boosted rates.  The Fed's not doing anything different, but the Fed can't control the actions of the Treasury Traders, and there are too many of them for the Fed to stop them once they start doing something.

So what will happen in the future?  Well, it's not clear.  If the economic news gets SO GOOD, that jobs and hiring picks up, well, the Fed may stop purchases and let the economy take over.  That means rates will continue to go up. If the economic news gets bad (especially global news), the Treasury Traders may rush back to treasuries, and rates will fall.  Most likely is that we'll get a lot of mixed messages about the economy, and rates will go up, and then go down, but I don't think they'll return to the lows they were at.  If I knew though, I wouldn't have to sell real estate......

Other Posts in my thread:  Housing and Economics:  Understanding the Beast that is Your Largest Investment: